Fifteen teams (64 individuals) of youth, adults, locals, weekenders, and out-of-towners covered 15 miles of shorelines Removing Awful Trash!!!  By walking and kayaking the shorelines of popular fishing spots such as Saluria, Blackberry Island, Barroom Bay, and the Little Jetties the “Bay RATs” removed: 4.6 Tons of Trash, 257 Bags, 2262 Plastic Drink Bottles and many other items such as drink cups, flipflops and ice bags, which likely blew off boats. Many other items that did not fit into bags such as buckets, fencing, foam and fishing poles were removed from shorelines too. A youth team from the Calhoun County YMCA and 4H, guided by Agrilife & SeaGrant agents, paddled tandem kayaks around Boggy Bayou and hauled-in 38 bags of trash, 3 tires, a metal ladder, and a six-foot cylinder-shaped buoy. 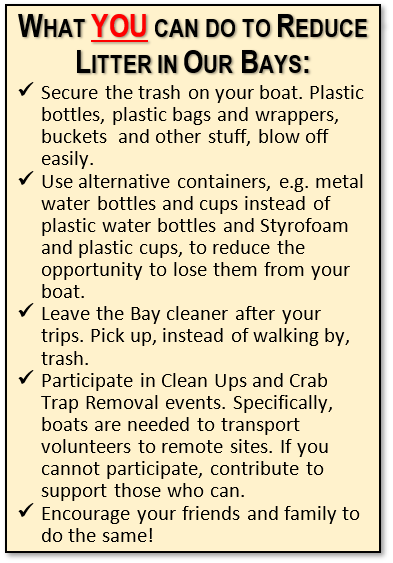 Among the most unusual items found were an 1960s era pull-top drink can, a hot tub cover and, ironically, a sign warning “Marine Debris May Cause Severe Ecological Damage”. In thanks for their efforts, volunteers received lunch and beverages at a local restaurant sponsored by San Antonio River Authority, HEB and Guadalupe-Blanco River Authority, plus a metal, refillable water bottle to reduce the use of plastic bottles. While the bays now are a bit cleaner there is still much trash to be removed. POC Shorelines Clean Up hopes to be an annual event to keep our bays healthy and productive.

YOU can reduce trash in our bays by following these suggestions  >>>

Check out Photos below. 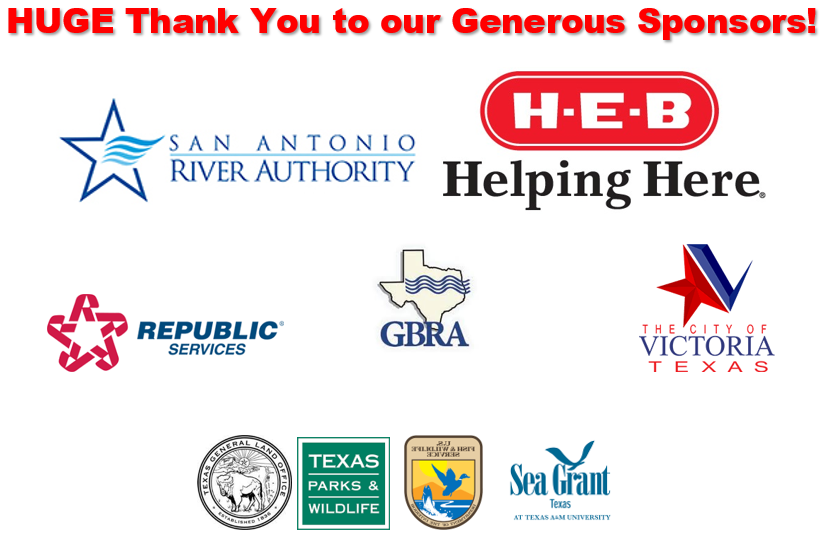 You too can be a Sponsor!   Click here to make your Generous Donation. 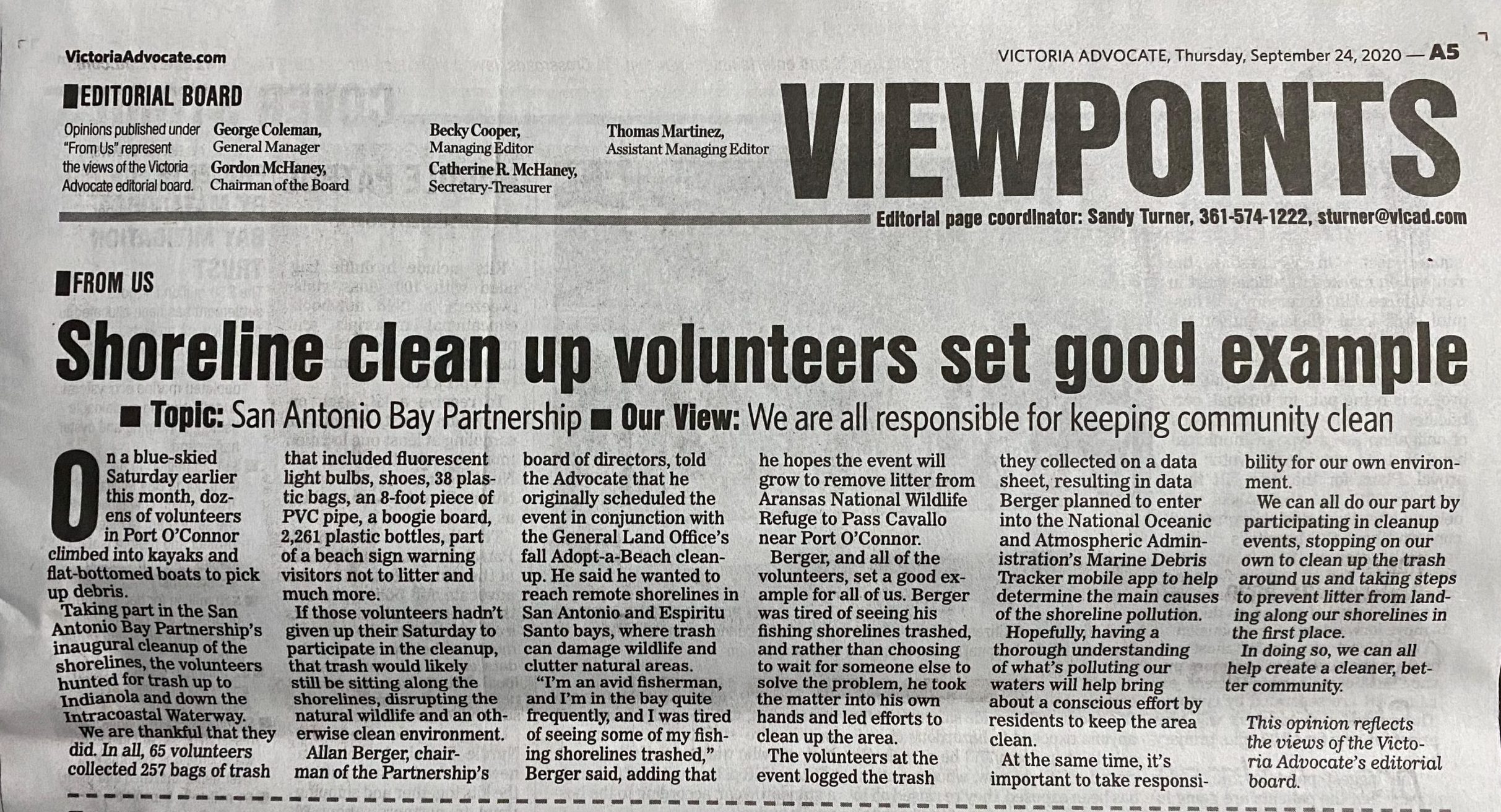